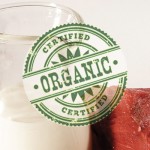 (NaturalHealth365) Omega-3 fatty acids offer a panacea of health benefits, as do organic foods. But, something more exciting, there’s now evidence that organic milk and grass-fed meats contain as much as 50 percent more of the health-sustaining omega-3s you’ve been trying to get more of anyway.

Omega-3s bring with them a range of positive effects, including improving immune function and lowering the harmful triglyceride levels that can lead to heart disease. They also have an anti-inflammatory quality that can relieve the symptoms of arthritis and asthma.

Omega-3s can help to forestall the effects of aging, from improving skin tone and preserving neurological function to protecting against Alzheimer’s disease or other forms of dementia. Omega-3s are also linked with boosting mood, lowering instances of depression, and generally contributing to health and wellbeing.

While people often select organic versions of meat and milk due to a support of animal welfare, environmental concerns and a desire for general health benefits, specific nutritional information about organic versions of these foods had been lacking.  But, there is now evidence that organic milk and meat have much higher levels of omega-3s than previously realized, according to researchers from a partnership among eight European countries. The results were published in two studies in the British Journal of Nutrition.

The results are based on meta-analysis of existing data from around the world, including 67 papers on meat and 196 studies about milk. Researchers looked for clear-cut differences between conventional and organic versions. Fatty acid composition as well as levels of other antioxidants and minerals were examined.

Grass-fed animals raised outdoors were consistently found to produce meat and milk that was higher in fatty acids like omega-3s and lower in compounds that lead to chronic diseases like autoimmune disorders.

Organic foods are generally sought mainly for health reasons. In addition to tasting more flavorful, organic food crops are found to be much higher in key antioxidants – up to 60 percent higher according to research. Organic vegetables are also lower in cadmium, a toxic metal often found in conventional crops.

Western diets in general are too low in omega-3s and antioxidants to protect your health. So, switching to organic meat and raw, unpasteurized milk products like grass-fed butter will reduce your risk of nutritional deficiencies. Of course, your diet should always include plenty of fresh (organic) vegetables and some fruit – on a regular basis to support a balanced diet, along with a moderate amount of sea vegetables, fermented foods, sprouted nuts and seeds.

The whole idea is to eat a diet of clean, healthy foods – as often as possible – to reduce the risk of systemic inflammation, immune suppression and chronic disease symptoms. If you need help, seek the advice of a trained naturopathic physician – that understands the power of healing foods.